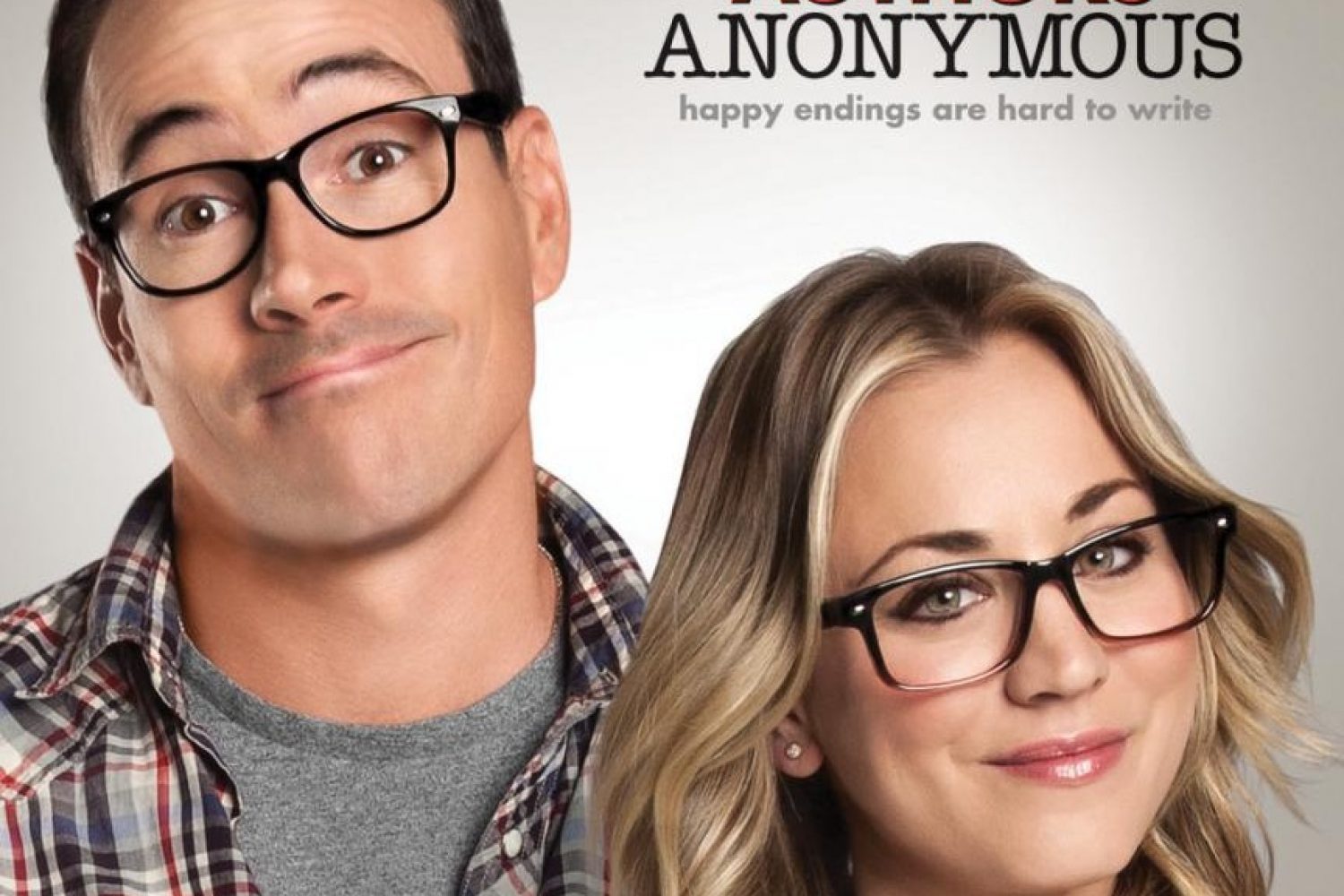 A clever, documentary-styled addition to the romantic comedy genre.

“Authors Anonymous” presents a group of writers desperate for the next great idea and their moment of success; either order would be fine with them. It’s a comedy presented in documentary style, but it’s not really a mockumentary because it doesn’t parody the genre—it parodies the characters. These characters are all selfish, stupid or stubborn, or all of the above.

It’s the best documentary-styled comedy I’ve seen (which isn’t an hyperbole because I generally don’t like that genre and haven’t seen it done well); it works here because these characters aren’t meant to be liked or be compared to the audience. So, instead, they confidently present themselves to the camera, and we get to judge them and laugh at them. And that works because there is plenty to judge them for and laugh at them about.

The group is formed by Alan Mooney (Dylan Walsh), who gets “great” ideas and records them so he doesn’t forget them; his trophy wife, Colette (Teri Polo), who Alan is going to support but it’s too bad she’s a terrible writer; grizzled vet, John K. Butzin (Dennis Farina), who is going to write the next Tom Clancy novel no matter what; idealistic Henry Obert (Chris Klein) who’s suffering from writer’s block since his life is stagnant; young and reckless William (Jonathan Bennett) who’s going to write the next Charles Bukowski novel; and finally, cute and sweet Hannah (Kaley Cuoco). Hannah has no formal training, as in zero education and zero experience, but she’s the first to get a book deal.

The introduction to all these characters was hilarious and the screenwriter’s knowledge of all their literary heroes really shined through. From Bukowski’s lifestyle to Clancy’s relentless research to O. Henry’s twist endings and ultimately to Fitzgerald’s hope and romantic idealism.

Chris Klein’s Henry and Kaley Cuoco’s Hannah are the main characters. In Henry’s mind he probably represents Gatsby even though he’s closer to Nick from Fitzgerald’s classic novel and Hannah could represent Daisy if she had ever even heard of “The Great Gatsby.” Hannah’s extreme vacuity, while a tad on the obvious side, was pretty funny, perhaps even endearing. I would go so far to say that Cuoco is more entertaining here than her will-be-iconic character of Penny from “The Big Bang Theory,” but that’s probably just me.

The stand-out of the cast is arguably Jonathan Bennett as the wannabe-Bukowski. Can you imagine anything more offensive than a wannabe-Bukowski? I can’t, and Bennett played it to just the right level of douchiness but still maintaining a level of attractiveness to keep the audience amused. The film could also mark Dennis Farina’s final appearance (depending if the delayed “Lucky Stiff” ever comes out). In an interesting, if not sad, coincidence, the late Farina’s character idolizes the late Tom Clancy, who died just three months after the actor in 2013.

After the clever introduction to all the characters and the beginning of the plot of Hannah’s quick success, the hilarity lets up a bit as the film becomes more about character interactions rather than story. The surprise twists were just a few moments of cute comedy, but the film gave clues to everything and I appreciated that. After all, a writer’s job is not to trick the audience but to lead them.

The minimal set-up to the documentary-style affords the independent film to get away without a musical score and extensive sets. The designed sets were still pretty good, particularly Henry’s apartment walls pasted with all of his rejection notices. However, for fans not used to character-based minimalistic comedies (à la “Carnage” (2011)), it could probably be hard to get into. Writers, though, should enjoy it just fine.

“Authors Anonymous”, in full simplicity, is a romantic comedy. I was thinking there might have been something darker in play, but instead of being a let down, I laughed in amusement at the cute and sweet simplicity of the story.