Sex and the City’ Pilot Secrets Straight From the Casting Directors 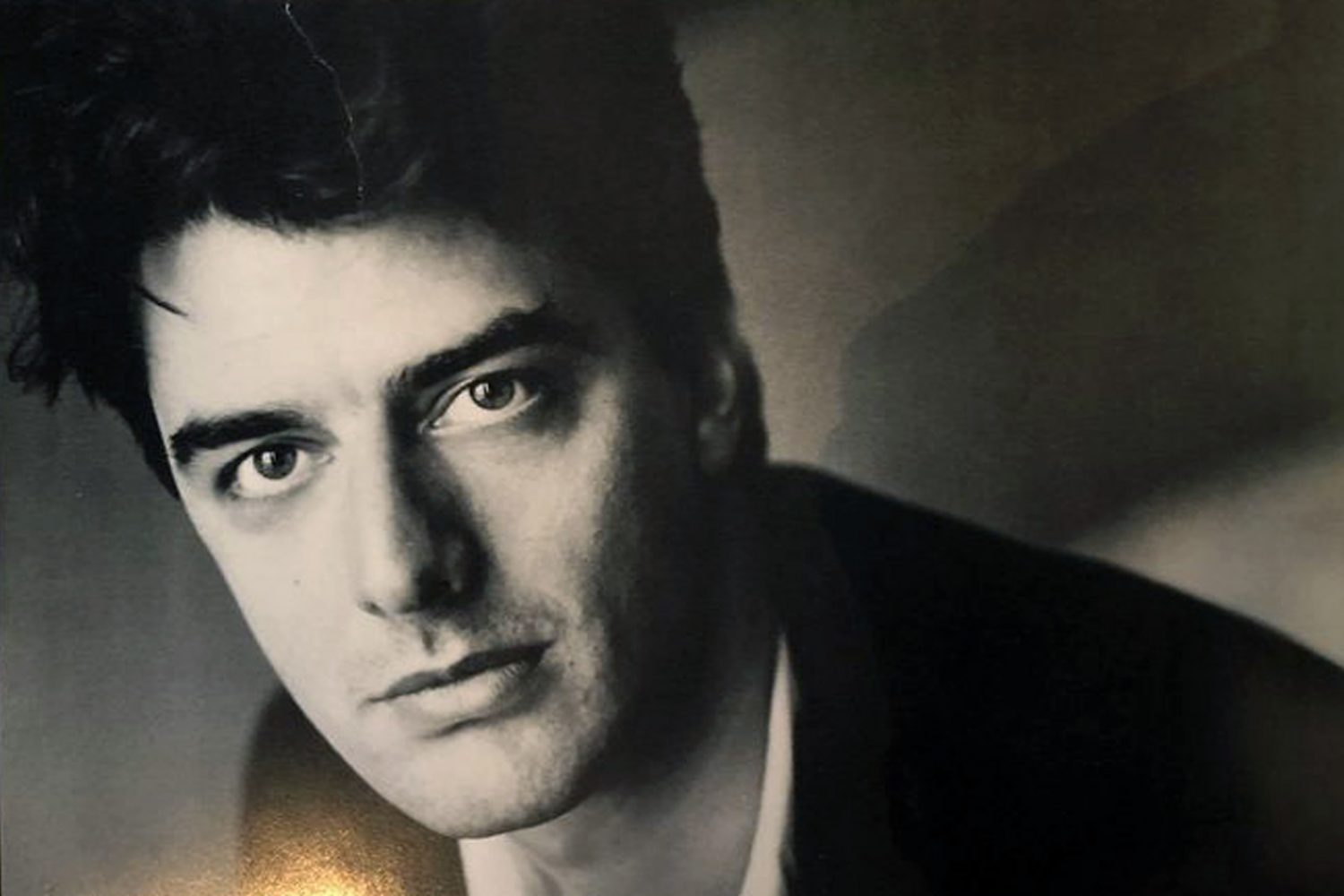 Not long after Darren Star bought the rights to Candace Bushnell’s Sex and the City for a reported $50,000 in 1996, it was time to cast the damn thing. With production set to begin the following spring, he turned to Ellie Kanner and Russell Gray, the casting directors who worked against time to help bring in the faces you’ve associated with Carrie Bradshaw, Miranda Hobbes, Samantha Jones, and Charlotte York for the past 20 years.

And it almost didn’t work out. Kanner already had an impressive Hollywood resume with casting work on Sabrina, the Teenage Witch, The Drew Carey Show, and arguably the biggest show on TV at the time, Friends. She was also working on another show with Gray: Two Guys, a Girl and a Pizza Place, starring 22-year-old Ryan Reynolds. The casting director duo had plenty of work, but it didn’t take them long to realize that the new HBO project was something they couldn’t pass up. “We both read the script and were like, ‘Wow, this is so different,’” Kanner says. “And it was very risqué for the time. Russ was like, ‘I’m in!’” Adds Gray, “We were really slammed, and we both kind of were like, ‘We probably can’t really do this.’ But then we read the pilot and it was like, ‘Oh my god, we can’t not do this.’”

1. Cynthia Nixon was a tough sell at first.

Ellie Kanner: As a casting director, you bring lists, your ideas of what you think they would be interested in. I remember that Cynthia Nixon was on Russ’ list and I was like, “Who is that?” Russ was like, “She’s great! She’s a great New York actress.” And I was like, “I don’t think [Darren Star] is gonna know who it is. I don’t think we should start putting people on the list.” And he was like, “Alright, I think you’re wrong, but OK.” And of course we end up casting Cynthia Nixon. I don’t know if you ended up bringing up her name, do you remember this, Russ?

Russell Gray: I think Ellie is giving me a lot more credit. It was definitely both of us doing it. I do remember, we did bring Cynthia’s name up, and it was kind of like, “She’s not really a movie star. She has great credits, a wonderful New York theater actress”… and Darren immediately was like, “Oh, OK. That’s great.”

2. Miranda was described as “pseudo-attractive.”

According to a character breakdown sheet provided by Kanner, the character of Miranda was sold as someone in her mid 30s who was also “tall, thin,” and “somewhat cynical.” Other character descriptions included Samantha as a “self-possessed young woman,” Stanford as a “passionate person, somewhat high-strung,” Mr. Big as “a very handsome man in his early 40s,” Skipper as “a helpless romantic,” and investment banker Capote Duncan as “handsome and preppy.”

3. Sarah Jessica Parker wasn’t keen on doing a TV series at the time.

Gray: You sent the script to Steve Tellez [Sarah Jessica Parker’s agent]. Darren had had her in mind or had thought about her, but Ellie’s the one who had the whole conversation with Steve Tellez. Sarah wasn’t thinking of doing TV at the time and Ellie had a conversation with Steve, told him how great the pilot was and obviously everyone knew Darren and his writing… Was it a lunch they had in New York?

Kanner: I think it was. And I think what cinched it for Sarah Jessica Parker was, I mean, obviously, everything, the script, the director, Darren, of course, but also was the fact that they were willing to shoot it in New York and they were willing to shoot a certain amount of episodes, 13 episodes, which was kind of unusual at the time, remember?

Gray: Yeah. They moved the production or something, didn’t they? Wasn’t she on Once Upon a Mattress [on Broadway] or something like that?

Kanner: They said they were willing to shoot in New York. For her.

4. After not getting the role of Carrie, Lisa Edelstein was offered Miranda.

But according to Kanner, Edelstein (who would go on to star in House and Girlfriends’ Guide to Divorce) “passed” on Miranda. Other actresses who were once in the running for Carrie Bradshaw: Melora Hardin (currently Jacqueline on The Bold Type), Carrie-Anne Moss (The Matrix movies and currently Jeri Hogarth on Jessica Jones), and Brenda Strong (currently Nora Walker on 13 Reasons Why).

5. Kim Cattrall was the last person to join the main cast.

Kanner: I think she was with [the agency] William Morris at the time. And she passed, like five times. She wasn’t into it. And we were like, “No, you don’t understand, Darren wants to meet her. We have to make this happen.” We worked very hard to make that happen and then finally she came in, I think she had coffee with Darren and then she was willing to do like a one-time read with the network. And of course we were like, done. She’s perfect. And we loved her. But it took a while. It took a bit of convincing.

Gray: Correct me if I’m wrong, she was the last person we cast, wasn’t she?

Gray: I do remember Kim Cattrall was on our original list and after massive amounts of phone calls back and forth and Ellie begging, some ridiculous 12, 13 weeks later, Kim Cattrall came in and got the part. It was funny, it was kind of ironically humorous. She was the first person on our list for Samantha and she’s the last person cast in the role. It was a long period of time.

6. It helped that the SATC script was being passed around Hollywood among talent and agents.

Gray: As casting directors, we don’t necessarily always release the entire script. A lot of times we just release scenes. So the more it’s out there, the longer it’s out there, the more the script has a chance of circulating. People start reading and start understanding. I think that feedback of Wow, they’ve got Sarah Jessica Parker, they’ve got Cynthia Nixon, and all of these great people, but yet they still have this one role that we’ve already talked to them about four or five times. It’s kind of like, Wow, maybe I should read into this. Now that’s me putting words into Kim Cattrall’s and her agent’s mouths — I don’t know if that’s true — I just know that the circulation of actors and the buildup of the way that it works in the industry sometimes helps on really good projects. There’s a great word of mouth there.

7. SJP was merely suggested as a “type” for the pilot.

Kanner: I remember when we walked into our first meeting with Darren, we suggested Sarah Jessica Parker as sort of a type because we heard she wasn’t interested in doing a series. Remember that? And we were like, she would be perfect. And Darren was like, “I want to get her. I know she’s perfect. Let’s get her.” Remember that? He was adamant from that point. And we couldn’t envision anyone else in that role.

Gray: Which does happen. You kind of get locked into that. It happened with us [with] Ryan Reynolds on Two Guys, a Girl and a Pizza Place. Ellie read him with the network and if he [had] said no, I don’t think we would’ve been able to move on. And it was the same thing with Sarah Jessica Parker. If she said no, where do you go from there? Now we read other people. Again, this was our job. Our job, as casting directors, was pulling choices. So obviously we did read other people just in case.

8. Mr. Big was supposed to be a guest-starring role.

Gray: [Chris] Noth was off of a list. Wasn’t he? He wasn’t a series regular in the first season, was he?

Kanner: I think we hired him as a guest star in that first episode and said he could recur. He wasn’t a series regular.

Gray: He just owned that role. He became that role. They wrote more for him. But in the pilot, I mean, it’s a great scene, an absolutely fantastic scene, in the limousine, where he says the line, “Absofuckinglutely.”

9. Speaking of which, before SJP was cast, “Absofuckinglutely” played a big part in the search for Carrie.

Gray: I did a lot of the readings, being the guy in front of the girls. There were a lot. I got to say “Absofuckinglutely” to like every single woman out there that read [for Carrie]. I had so much fun, it was crazy. You get to say that line and you just know that the line’s going to do so well in the pilot.

10. The show had to be clear about its intention to include nudity throughout the series.

Kanner: I remember we had to be very upfront. When you read the script, it had certain elements… it wasn’t going to be on network, this was a cable show. This is HBO, this is a show other networks would not go near because it pushed the envelope so much. We were very outspoken, as Darren was, about what it was going to be. The last thing we wanted was to have someone get involved that wasn’t comfortable with the direction the show was going.

Gray: We let everybody know. As far as I remember, [besides Parker, who had a no-nudity clause in her contract] everybody else had to be OK with some type of nudity.

11. Feud or no feud, the vibes leading up to the pilot were, in a sense, magical.

Gray: I believe 100 percent that every single person that was in the pilot, everybody backed 100 percent. There was no question in anyone’s mind about any of the actors. I think that starting up with that kind of creative belief with the team you put together is a joy and it shows what a monumental team atmosphere this promoted from the very start and how everyone did get along from the very start. That’s also a little bit of the magic that happens in the process.

Kanner: You know, you just have to understand that’s such a tough job. It’s long hours, it’s a lot of pressure. I don’t know, I wasn’t on the set. But I’d hate the idea of people making people out to be horrible when they’re just having a bad day and they’re amongst their cast and crews that are supposed to be family. Listen, everyone has their difficult moments and like I said, I don’t know, I wasn’t on the set, but whenever I saw [some headline] like that, it made me sad. I think they’re all incredibly talented people and I hope that they found a way to get along and actually be friends. They spent a lot of time and a lot of years together. I hope they’ve at least, if there was any kind of animosity, I hope they’ve gone and worked through that.